A customer bought this set of earrings and necklace - what I call my 'all circle' set - circles set in circles, made sense to me! Anyway, she was very pleased with the set and wanted a matching ring and bracelet. 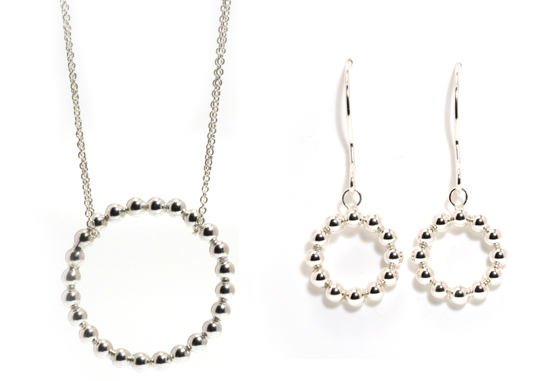 The bracelet was made along the same lines as my single gold ball open circle bracelet, so it looks like this: 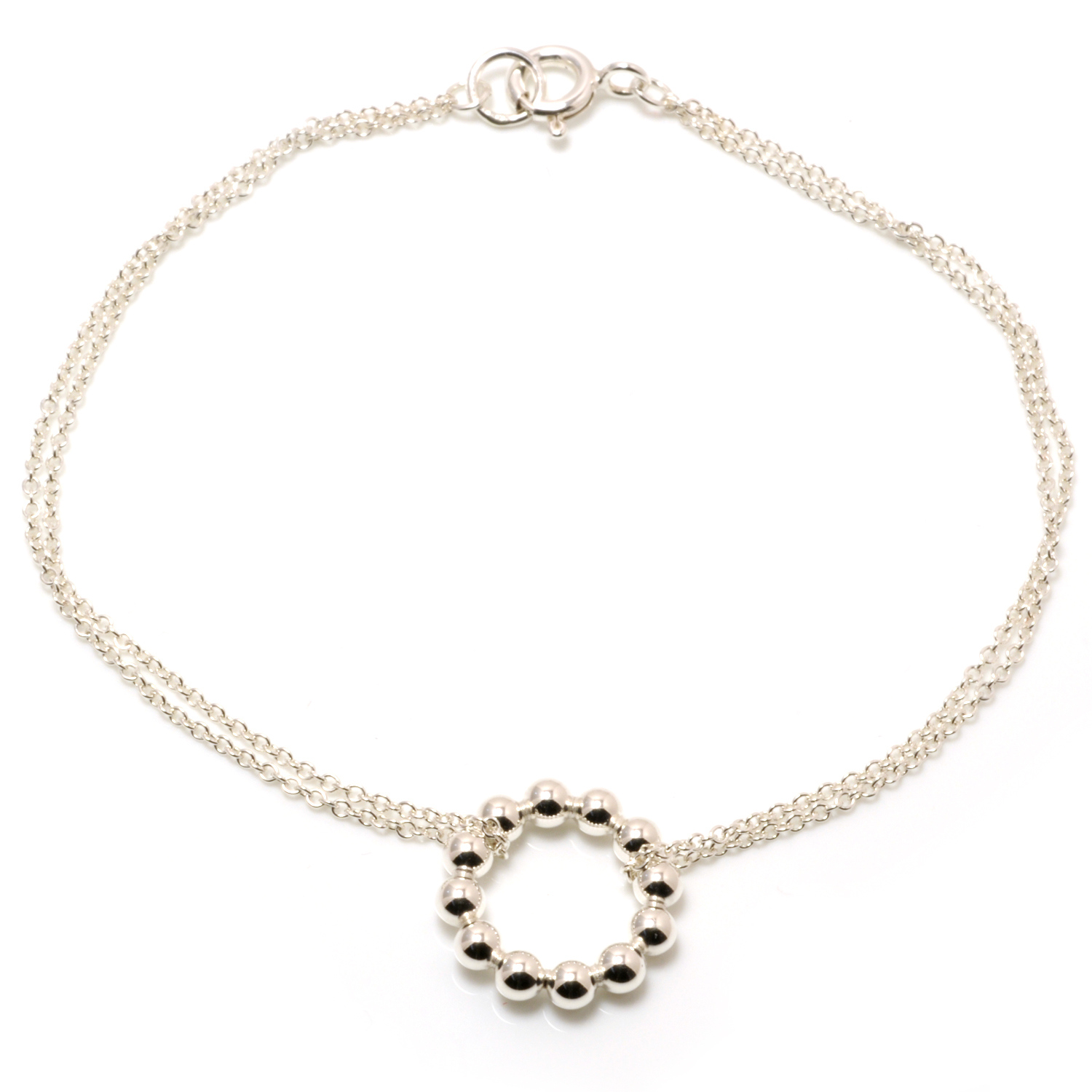 But the ring was a trickier matter. The little silver balls are hollow, so cannot withstand the kind of pressure that rings take. Although it would be ok for a while, at some point one of the silver balls would dent. So I needed solid silver balls, so I handmade them. (You can buy solid cast balls, but they have a rough finish that is annoying to clean and have a pronounced flat bit from the sprue.) There are two issues to that - firstly the silver balls need to be as close in size as possible to each other and secondly, they need to be as round as possible. The size thing involved choosing a piece of silver wire - no using lots of bits of different sized silver, or it is too hard to calculate. Then I had to make a phone call to Dougall about if I start with a 3mm wide piece of round wire, how much of that do I need to end up with a 3mm diameter sphere? I heard some mumbling over the phone about pi and radius and some other things and then the answer was roughly just over 2.1mm. So I cut the pieces to be as close to that as possible with a tube-cutter tool.

I melted each piece in a block of charcoal - with a round dent cut into the charcoal to get the spheres as close to round as possible. Of course the weight of the metal means that they are actually a bit bottom-heavy, so not totally round, but as this was for a ring, only the top half is important. Also the top of the sphere turns out pretty clean, with only minimal tidying required, whereas the bottom is rather textured, but again, for a ring this would go on the bottom so it wouldn't matter. Anyway, long story short - success with only 0.1mm variation in size between the silver balls. Result, a strong, solid ring: 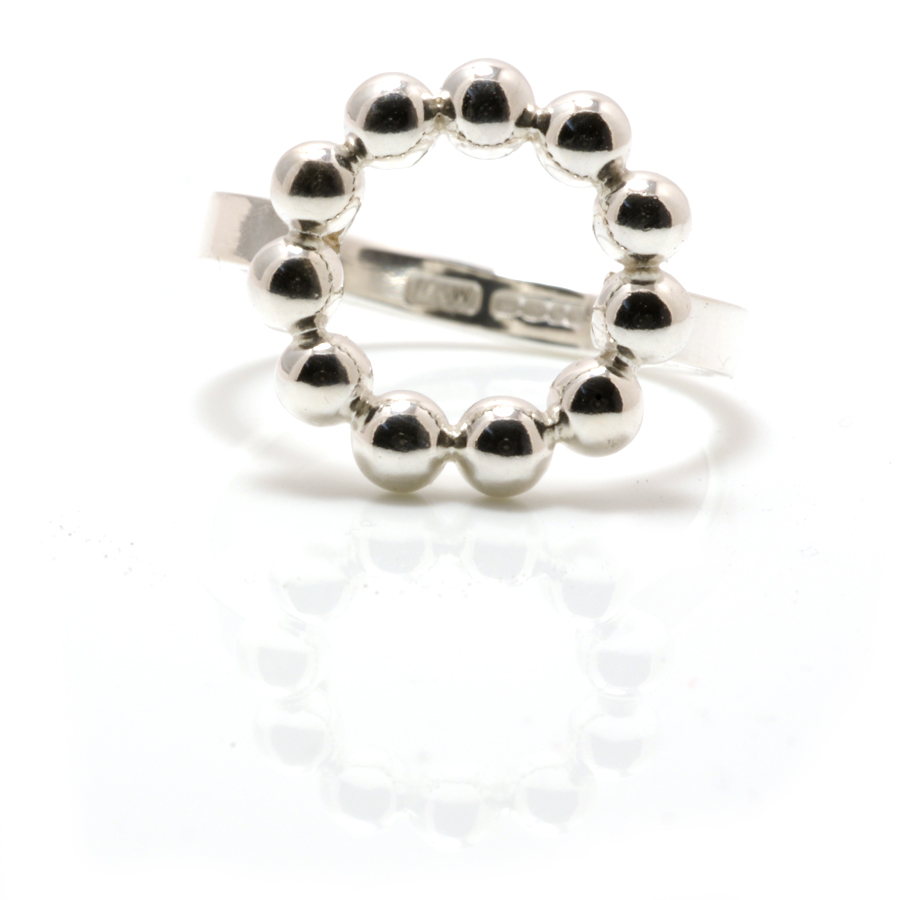 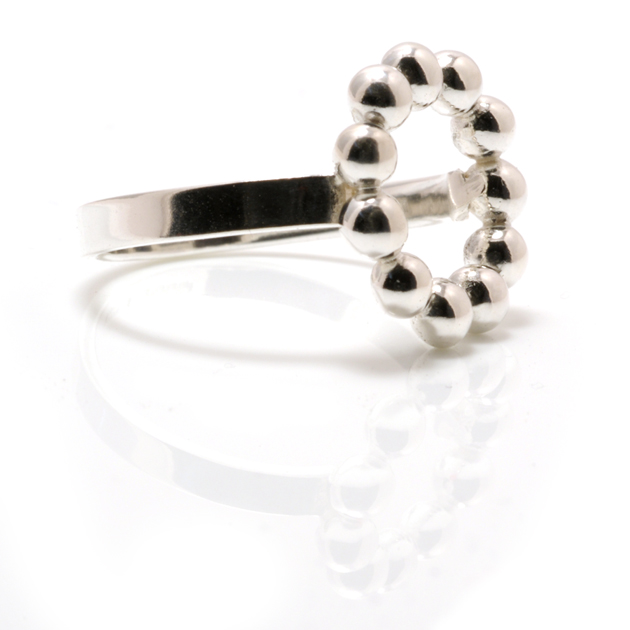 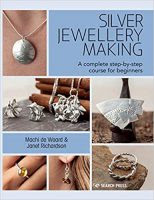